My website has moved to a new address: hund.tty1.se

My website has moved to a new address: hund.tty1.se

It’s the fourth of October today and that means it’s Cinnamon Bun Day in Sweden! This is an important day for Swedes. I heard that more than half of our population eats at least one cinnamon bun today, me personally eat about a billion of them.

I prefer to bake myself and this year me and my partner tried a new recipe, and they turned out great! 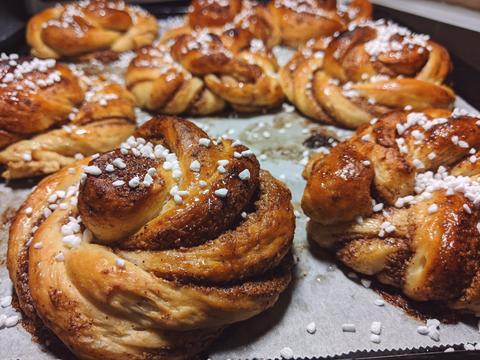 A plate of our freshly baked cinnamon buns

We used this recipe (It’s in Swedish) this year and it’s probably my current all-time favourite.

The reason I liked it more than the others is that you only need to ferment the dough once (which saves time) and you don’t heat the milk, which makes the dough easier to work with.

If you haven’t yet tried Swedish cinnamon buns I can highly recommend you doing so!

If you want to leave feedback, you can do so by sending me a message via e-mail.